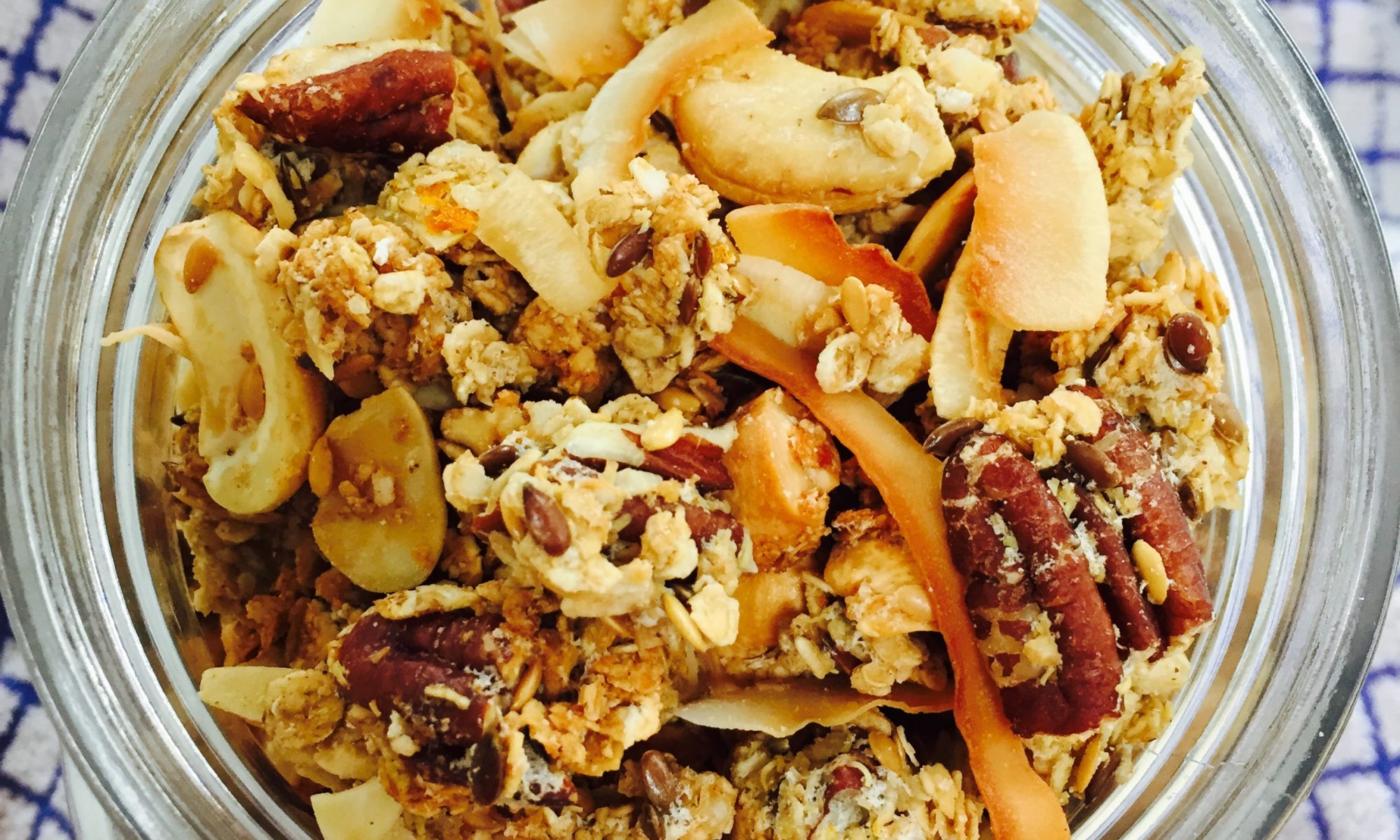 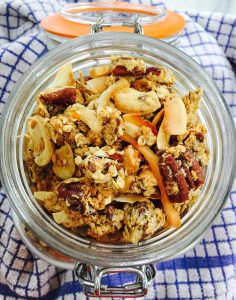 The kids are back and the mornings are more rushed and we all have to be more organised. This naturally leads to a little more planning in advance for breakfasts and less options and choice (doesn’t it just sound like fun?!) I like to have some things on standby that I actually like to eat on weekday mornings so that I don’t fall into the rushed piece of soggy toast trap that leaves me starving by 10am. Most mornings this is porridge, but granola makes for a nice treat before the mornings get too chilly. Lots of the shop bought granolas, as you know, are full of sugar and really belong more on your dessert plate than in your breakfast bowl. On the other hand who really wants to chow down on cardboard and pretend to like it? Not me, life is too short. If I’m doing that, I’ll moan about it or I’d rather not bother at all. This strikes a balance somewhere between the two. Full of goodness with seeds, nuts and oats and quinoa flakes and a little sweetness delivered by the maple syrup while the egg white lets the clusters form without the need for a motherload of sugar. I have resisted adding any dried fruit to this one, but feel free to add your own combination if you like. I like to eat it with some greek yoghurt and fresh fruit. 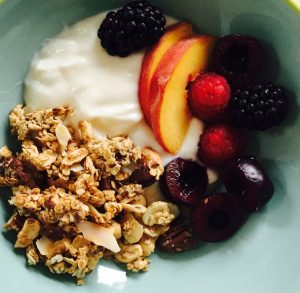 Melt the coconut oil and the maple syrup together with the spices in the microwave – try 30 second bursts  -it should not take very long. You just want to loosen up the syrup and melt the oil. Whisk it to combine. Preheat the oven to 150c and line a baking sheet with parchment. Mix the oats, quinoa flakes, seeds and nuts in a bowl. Mix in the oil/syrup well to coat. Whisk the egg whites until stiff peaks form and then fold the egg whites into the mix until fully combined. 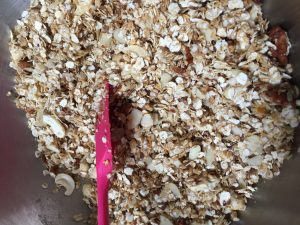 Spread on to the baking sheet and bake for 35-40 minutes or until golden. Check halfway through cooking – you may want to stir to prevent it over clumping and to allow it to bake evenly, but you want some crunchy clusters to remain. Remove and allow to cool completely before storing in an airtight jar for up to two weeks. 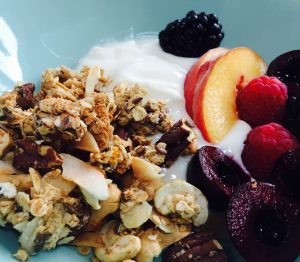